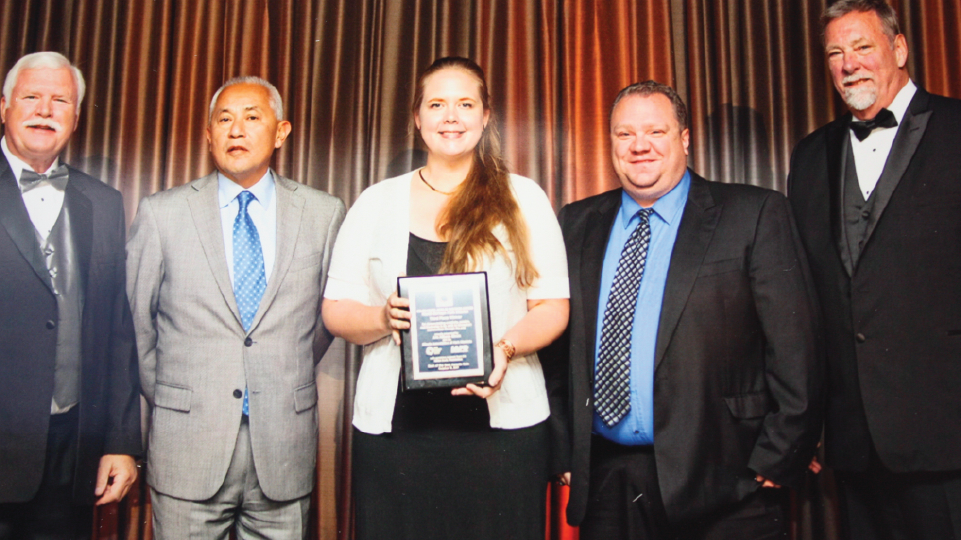 The Illinois Association of Park Districts (IAPD) honored the North Berwyn Park District for excellence in its community arts programs at IAPD's annual awards gala in Wheeling on Friday, October 13.

Winning third place in the competition for the Helen Doria Arts in the Park Award, the North Berwyn Park District was recognized for its commitment to providing affordable, high-quality art programs for the community through partnerships with area artists, businesses and organizations.

According to IAPD's description of the award, the Arts in the Park Award "is named in memory of Helen Doria, who dedicated her career to creating a space for the arts in Chicago's parks." The 2017 nominations for the award were judged by Arts Alliance Illinois.